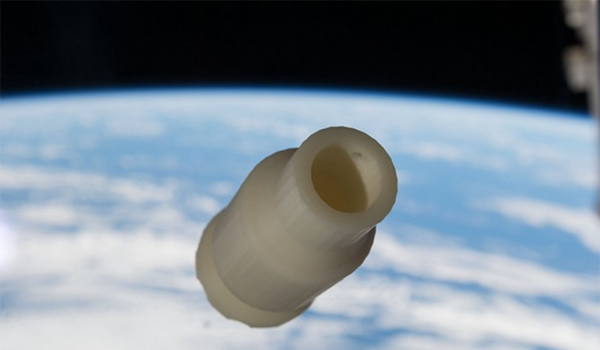 Made In Space to Launch 3D Printer to ISS

Innovative space company Made In Space has continually surprised us with inventions such as the Archinaut large object printer, bioprinting, its longest 3D printed part, and its Additive Manufacturing Facility for the International Space Station (ISS). Now, the company is set to launch a stereolithography 3D printer to the ISS specifically to make ceramics. Made In Space, now a part of commercial space roll up Redwire, aims to put the printer on Northrop Grumman’s 14th commercial resupply mission (NG-14). In an earlier iteration, the company worked together with B9Creations.

Now, its collaborators are NASA’s ISS Research Integration Office at Johnson Space Center, HRL Laboratories and Sierra Turbines. The breakthrough was their ability to control the liquid photopolymer in microgravity. About how they do pull this off, they are mum. Maybe they freeze it? Or fill an entire volume completely? What do you think?