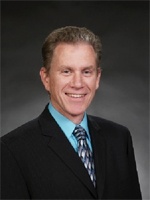 After serving as a US Air Force pilot, flying planes from the T-38 to the B-1 until 1996, Mike returned to his mathematics and computer science roots, developing software for private financial institutions. In 2004, he founded B9Creations, a specialty manufacturing company that initially produced robots.

By fall of 2011, Mike’s passion for bringing technology to the broad population evolved to 3D printing. He led the business in that direction, developing and launching the B9Creator. Ready to scale his business in 2014, Mike enabled B9Creations to leverage the current IP portfolio he had built plus future product launches.

Working to bring technology that can improve lives to market and be known as the company that delivers what it promises are my passions. I also enjoy running, hiking and spending time with my family whenever I can.

As a mechanical engineer with over 20 years of manufacturing operations experience, Scott immediately saw the benefits of the B9Creator in advanced manufacturing when he began working with B9Creations in April of 2014.

B9Creations is a great place for me to show my passion for lean manufacturing, building teams, and scaling businesses. When I’m not at work, you can usually find me wakeboarding, reading, hiking, at the movies and spending time with my family. 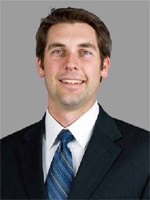 Prior to joining the B9Creations team in October 2014, Shon spent nearly 20 years growing, developing and leading businesses in the cleantech industry. He worked for small regional firms and fortune 500 companies, aligning and growing businesses around new market opportunities.

With a track record of growing businesses from $5M to $250M+, Shon brings a knowledge of sales, marketing, and customer focus that fits perfectly with B9Creations’ vision for growth and expansion. Shon is actively engaged in our community, serving on boards of multiple companies and charitable organizations.

The opportunity to become a part of what Mike is building with B9Creations was too good to pass up. As a Mechanical Engineer, I appreciate the impact B9Creations can have on manufacturing environments. Having spent the majority of my career in the Sales & Marketing parts of businesses, I believe its greatest potential lies in its ability to transform the way our customers serve their customers.