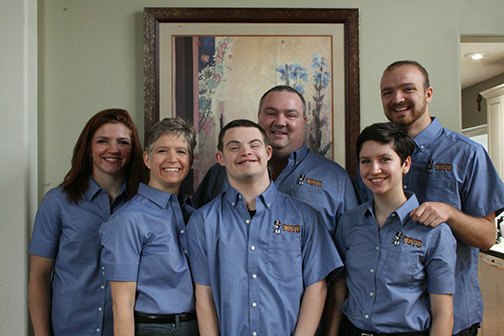 15 Millimeters of Might: Model Makers Thrive with 3D Printing

It all started just three years ago, as John and Karen Boyd’s son, who has Down syndrome, was preparing to graduate from high school. He would soon cross the threshold into adulthood, and the devoted parents worried that the opportunities available to him might be limited – so, the pair dedicated themselves to creating one for him. Karen Boyd left her job and assisted John in bringing Boyd’s Toys, a boutique miniature model company, to life. 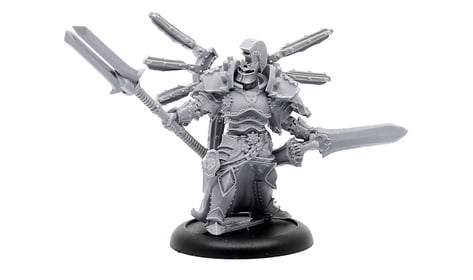 “My wife and I sat down and thought – how can we start a business or an opportunity that would give him the ability to integrate and participate, rather than a menial job, or some kind of redundant work he could do.”

As one of the fastest growing hobby markets, model making intrigued John. The industry is currently worth over a billion dollars, and John saw a market opportunity in its lack of competition – especially the scarcity of contenders that would challenge the unique and highly detailed work of Boyd's Toys. Although there are quite a few miniature makers, most create one-off products, leaving a product line without a plan for sustained growth. With the family's experience in games, publishing, digital workflow – and now, 3D printing and miniature manufacturing – the Boyd's have created a thriving startup.

The Brains Behind the Business – Who is the Boyd Family?

John Boyd encountered 3D printing in 2014 and, according to him, it was mesmerizing to see something materialize from a concept to a finished product – right before his eyes. He took his interest in 3D printing and his design expertise and ultimately, molded the two into a massively successful model making business. In the beginning, the miniature figures were only 15 millimeters in height – about the size of a dime. Since then, business has boomed, and figures have evolved. The family has expanded into 32-millimeter fantasy miniatures and now have a breadth of extraordinary products that include over 200 unique models.

“We are a small, family-run business that specializes in 3D printing, resin cast figures, and commercial printing. With the help of B9Creations technology, we do our own 3D printing, mold making, and vacuum and pressure casting.” 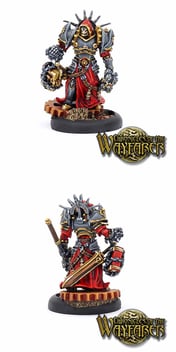 Designs were created – now, it was time to begin their pursuit of a production process that could deliver those designs to market. At first, the Boyd's tried outsourcing. The pair placed an order for 100 figures. They received a bill for roughly $1,500 – $150 per build plate – and swiftly realized going down that route wouldn't be within the family's means. But price wasn't the only issue the Boyd's faced when outsourcing. The wait time exceeded two weeks, and upon completion, about 20% of the models had problems that were overlooked by the operator – requiring a reprint. Outsourcing company operators are unfamiliar with customers' products and, therefore, they often fail to notice issues. Errors and reruns meant even more wait time.

John and Karen Boyd realized they needed a 3D printer of their own.

The family made their first stride toward additive manufacturing. They purchased a user-intensive, low-cost competitive 3D printer. And, shortly after, were facing a plethora of problems. Single miniature figures took 4-8 hours to print, and dimensional accuracy was continually an issue. Any time the machine was moved or bumped, they had to recalibrate it, adding up to several labor hours in addition to the slow print time – lost time critical for building their new business.

"There was also a lot of maintenance that needed to be done on that competitive printer itself. We were constantly replacing the build trays, build plate, and the film after a low volume of prints because it would get cloudy and start to affect print quality. And every time we replaced the film, it needed to be stretched a specific way to deliver repeatable prints."

After nearly seven months of sluggishly producing inaccurate prints and combating the stresses brought on by their 3D printer, the Boyd's realized they needed to purchase a new and improved machine – one that just worked. The Boyd's reached out to several different 3D printer companies and received numerous samples.

“Every sample product left us with somewhat of a problem. And, our little family-owned business wasn’t even receiving service or responses from some manufacturers – several manufacturers made us feel like ‘second-class citizens’ while we were talking to them. Being a small, startup company, that was a big issue for us.”

The Boyd family needed a workflow solution that not only included a faster method of printing, but a painless post-processing technique and customer experience to match. These workflow needs led them to contact B9Creations and look at their 3D printing solutions.

The Boyd family was also considering an alternative printer – one that was double the price of the B9 Core Series. "We contacted B9Creations and the customer experience was extraordinary – they really talked through our problems. We discussed our challenges, and we got new samples, this time from the Core Series. Once we received our samples from B9Creations, we compared them to the samples from a 3D printer that cost about $25,000. The opposing printer didn't have even half of the capabilities that the B9 Core Series was offering – as far as speed, performance, no calibrations, no recoating of resin vats, and material variety. B9Creations did an outstanding job, and we knew the B9 Core Series was the way we wanted to go."

Their minds had been made up – they were persuaded by the Core Series' ease-of-use paired with its industry-leading speed, precision, and customer experience.

Taking one stride toward further automating their printing process, the Boyd's purchased the laborsaving B9Clean and the B9 Model Cure, as well.

Now, with a mini factory assembled in their garage – consisting of two B9 Core Series printers, a B9Clean unit, and the B9 Model Cure – the Boyd's are well on their way to achieving their goal of an entirely mechanized 3D printing solution.

Boyd's Toys is a business that was truly built from the ground up – achieving a level of success that was made possible by the work of their own hands. From a few 15-millimeter models to a product line that includes hundreds of unique figures – the Boyd's family business continues to flourish. With a little help from B9Creations 3D printing technology, the Boyd's are transforming the industry of collectible game-piece models and securing a thriving future for their son – the parents have offered him future-proof work in a highly technical field.

“The B9 family has helped our family create something special for our son and our future.”